Continuing on from his models of the Cassini-Huygens and Galileo spacecraft, Terry Regan this time moves on to the planet Venus and talks us through his scratch-built scale model of the Magellan spacecraft. 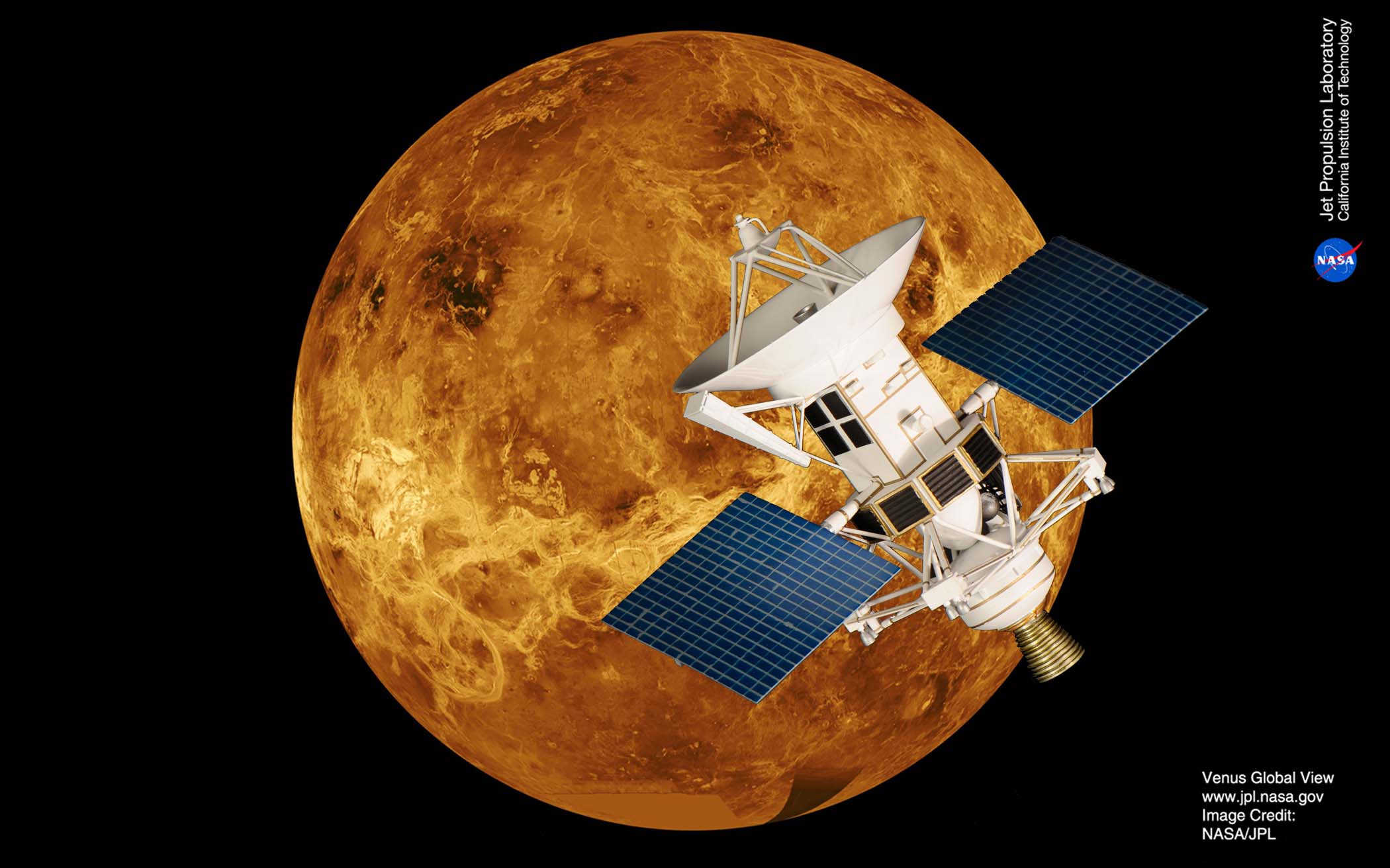 The Magellan spacecraft was the first interplanetary spacecraft to be launched by the Space Shuttle when it was carried on board the shuttle Atlantis in 1989. Atlantis released Magellan into low Earth orbit, where a solid fuel motor was then fired sending Magellan on a fifteen month cruise to Venus – arriving in August 1990.

The main objectives for Magellan was to map the surface of Venus using radar, collecting topographical and gravity field data in the process. Due to Venus’ constant cloud cover, the surface couldn’t be imaged visually – so high resolution “synthetic aperture radar” was used get near-global images of Venus’ surface.

The spacecraft was designed and built by Martin Marietta and JPL. To save on costs Magellan was made from many spare parts from the Voyager, Galileo, Mariner & Ulysses spacecraft programmes – the main body of the spacecraft was a 10 sided aluminium spare from the Voyager mission, containing computers, data recorders and other subsystems derived from the Galileo mission. For communication back to Earth For included a two lightweight graphite/aluminium antennae spares from the Mariner 9 spacecraft.

This added up to a spacecraft weighing just over 1 tonne (with another 2 tonnes of fuel onboard at launch), standing 15 feet high with a 12 foot high-gain antenna.

This was all powered by 2 larger solar arrays measuring 2.5 metres across which supplied the spacecraft with 1200 watts of power (although this gradually degraded due to the frequent extreme temperature changes experienced at Venus)

On the 11th October 1994, Magellan’s mission ended having completed 15,030 orbits of Venus. During its final few orbits, the spacecraft executed a special “ windmill “ experiment and 2 days later it became caught in the atmosphere and plunge to the surface. Although much of Magellan would be vaporized, some sections were expected to hit the planets surface intact.

The model has been composited here by Paul Kemp, with a NASA/JPL radar image of Venus

As with the last two models, Galileo and Cassini-Huygens, Magellan was again scratch-built from plastic card and rods using plans for a paper-card kit. As with all paper models they are in 2D and look rather flat! My first task was to find as many pictures of Magellan from the internet and comparing them to the plans.

I measured up the main spacecraft bus, a 10 sided body, and added details like equipment modules. Next step – out came my truck oil filter which I used to form the main antenna dish – again from plastic card – and made the tripod and feed cone to detail the dish. A coat of plastic primer and 3 coats of Halfords Appliance Gloss White made a very good dish white!

Back to the main model, the Forward Equipment Module was then glued to the bus. Next stage was to build the Propulsion Module Truss out of 1mm plastic rod. The Helium Tank was made from heatgun-softened plastic card with a small ball bearing plunged through. Now on to the Rocket Engine Module – again made out of 1mm plastic rod and scratch built to make 8 rocket thrusters. The altimeter antenna along with the Medium Gain antenna was also scratch built.

The actual spacecraft appeared to be wrapped in white blanket held together with gold tape, I would think this is to reflect heat from the spacecraft. A good coat of primer, then the model was sprayed again in Halfords Appliance White, gold trim came from a gold transfer sheet cut applied to the model, and then a couple of coats of matt lacquer to seal everything in.

The last thing was the solar panels. Two square plastic cards were cut, sprayed silver and masked up into small squares to represent solar panels, then sprayed with transparent blue and a few coats of a pearlescent lacquer. The solar panels and the antenna dish were added to the model and finally I built the rocket nozzle and its fuel tank 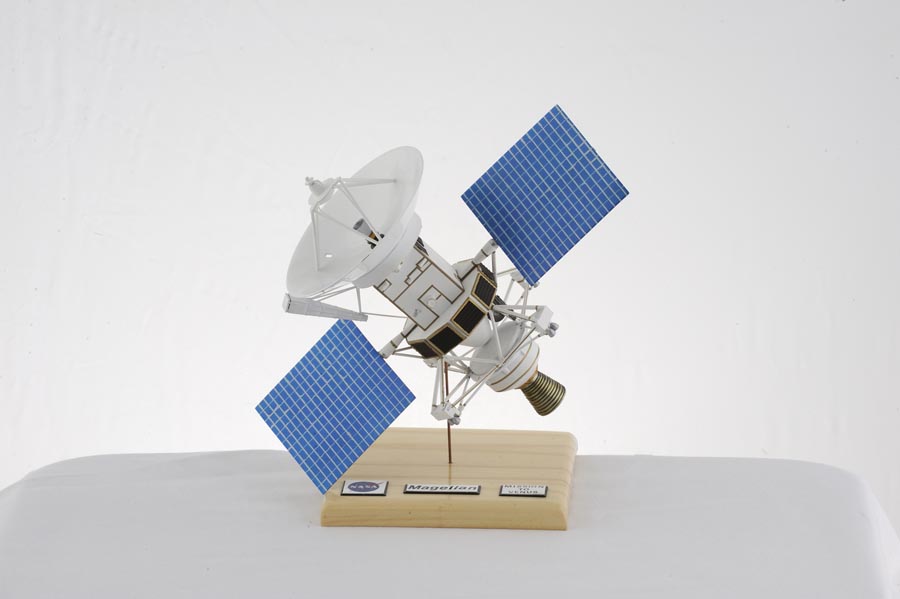