The Galileo spacecraft was launched on 18th October 1989 aboard the Space Shuttle Atlantis and, after a six year journey, arrived at Jupiter in December of 1995 to begin its orbital tour of the planet and its moons. 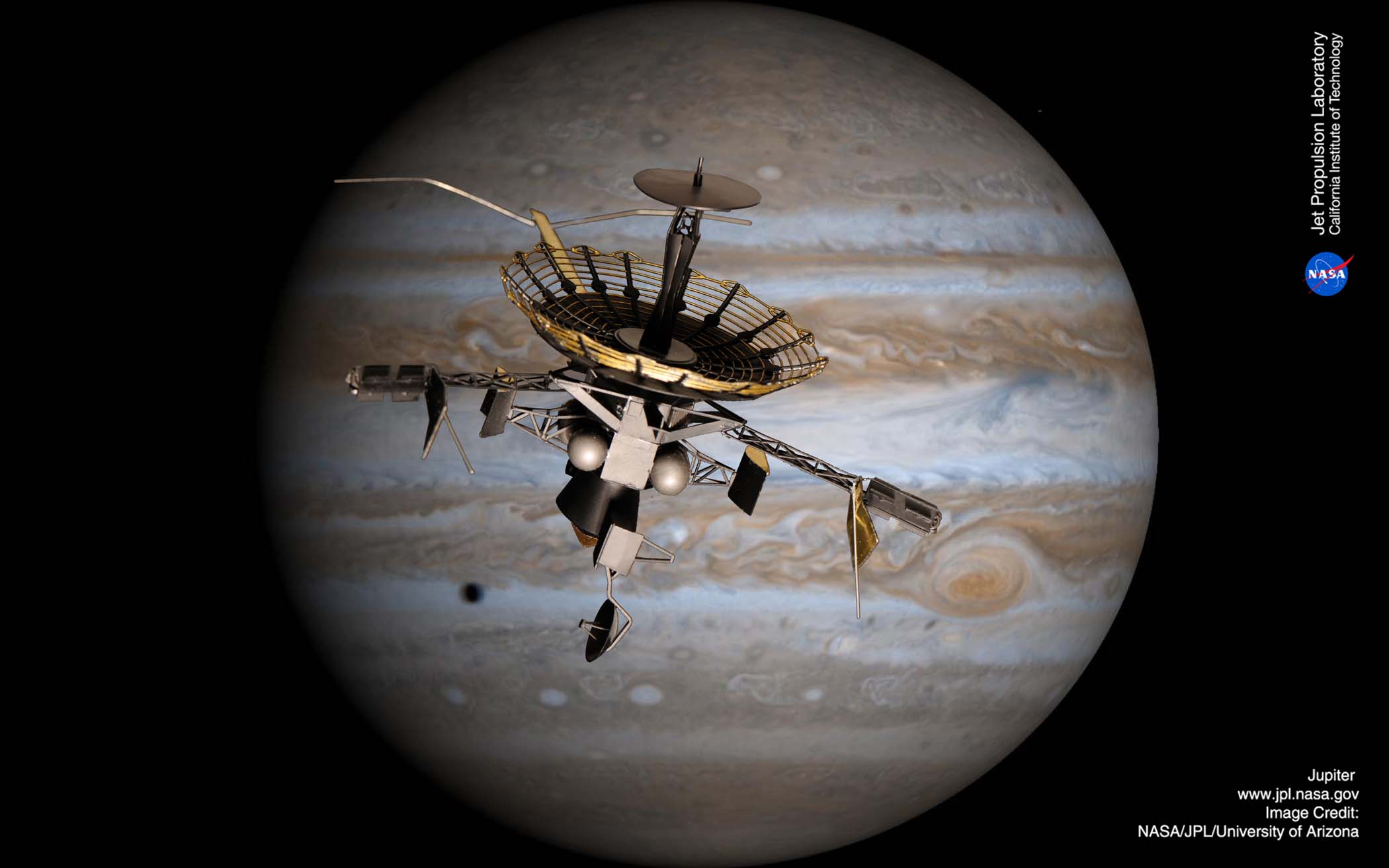 Galileo spent over 14 years in service at Jupiter, providing us with high resolution data about the planet. Via a detachable probe that descended into Jupiter’s atmosphere, the planet’s composition was directly measured for the first time. The structure of Jupiter’s magnetosphere was also mapped.

Galileo discovered that Jupiter’s faint ring system consists of dust from impacts on the four Jovian moons. Volcanism on Io was imaged, as well as its interaction with Jupiter’s atmosphere. The theory of a liquid subsurface ocean under the ice world of Europa was further bolstered by data collected by Galileo and similar indicators were found to suggest the same occuring under the surface of Ganymede and Callisto.

In 1994, Galileo also observed the collision of Comet Shoemaker–Levy 9.

On 21st September 2003, Galileo’s mission was terminated by sending the space craft into Jupiter’s atmosphere at a speed of 50 km/s. This decision was made so that there was no chance of Galileo crashing and contaminating any of Jupiter’s moons.

This model of Galileo was scratch built using modelling plastic styrene sheets and rods, from plans originally designed for paper models but modified for use with plastics. The high gain antenna on the real spacecraft never fully opened but on the model it is shown open to give the impression of it fully functional.

It is a 1/45th scale model and is 150mm long (the real spacecraft weighing about 5000 lbs and being about the size of a small car).

The model, built by Terry Regan, has been composited here (by Paul Kemp) with a NASA/JPL imagery of Jupiter. 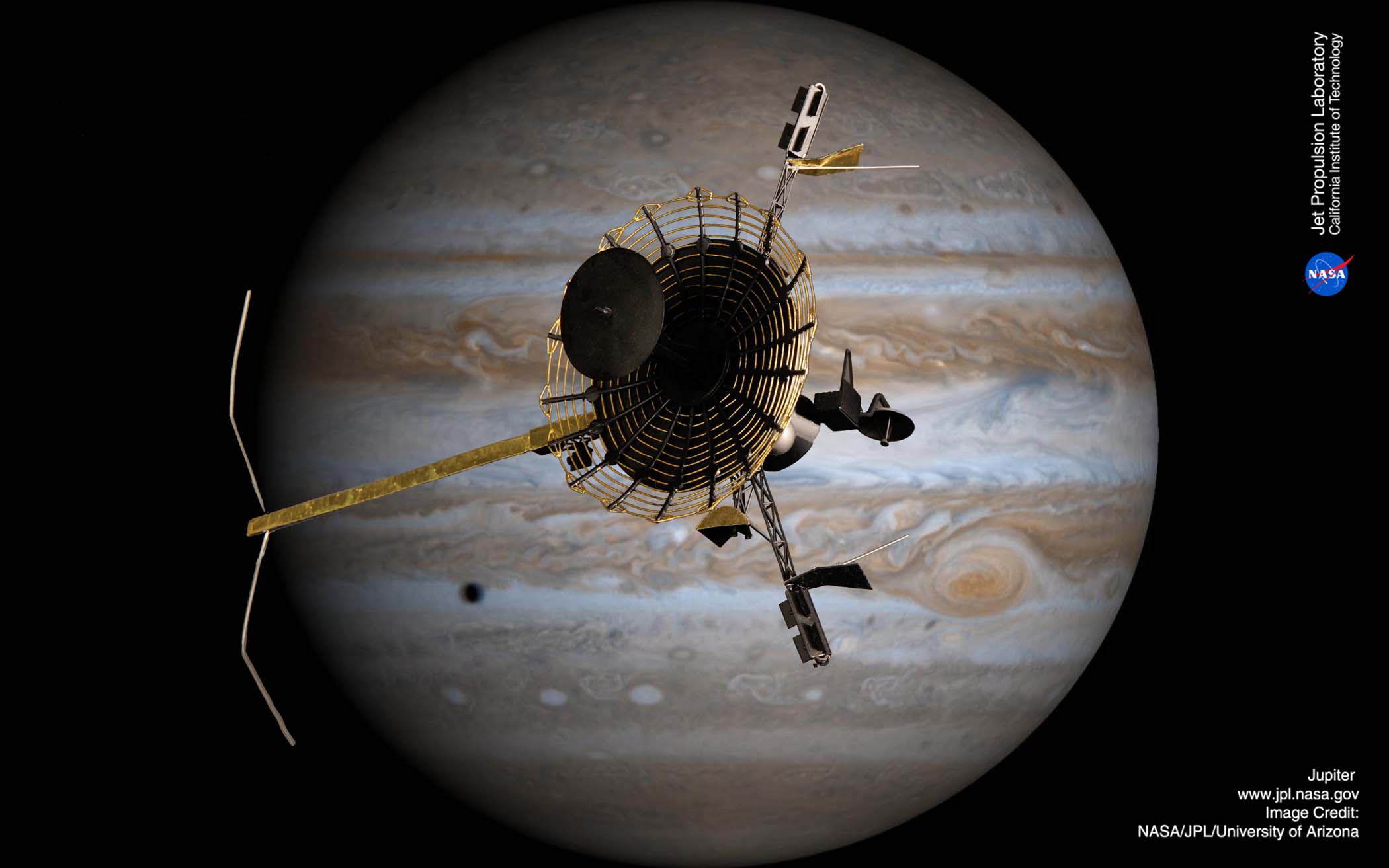