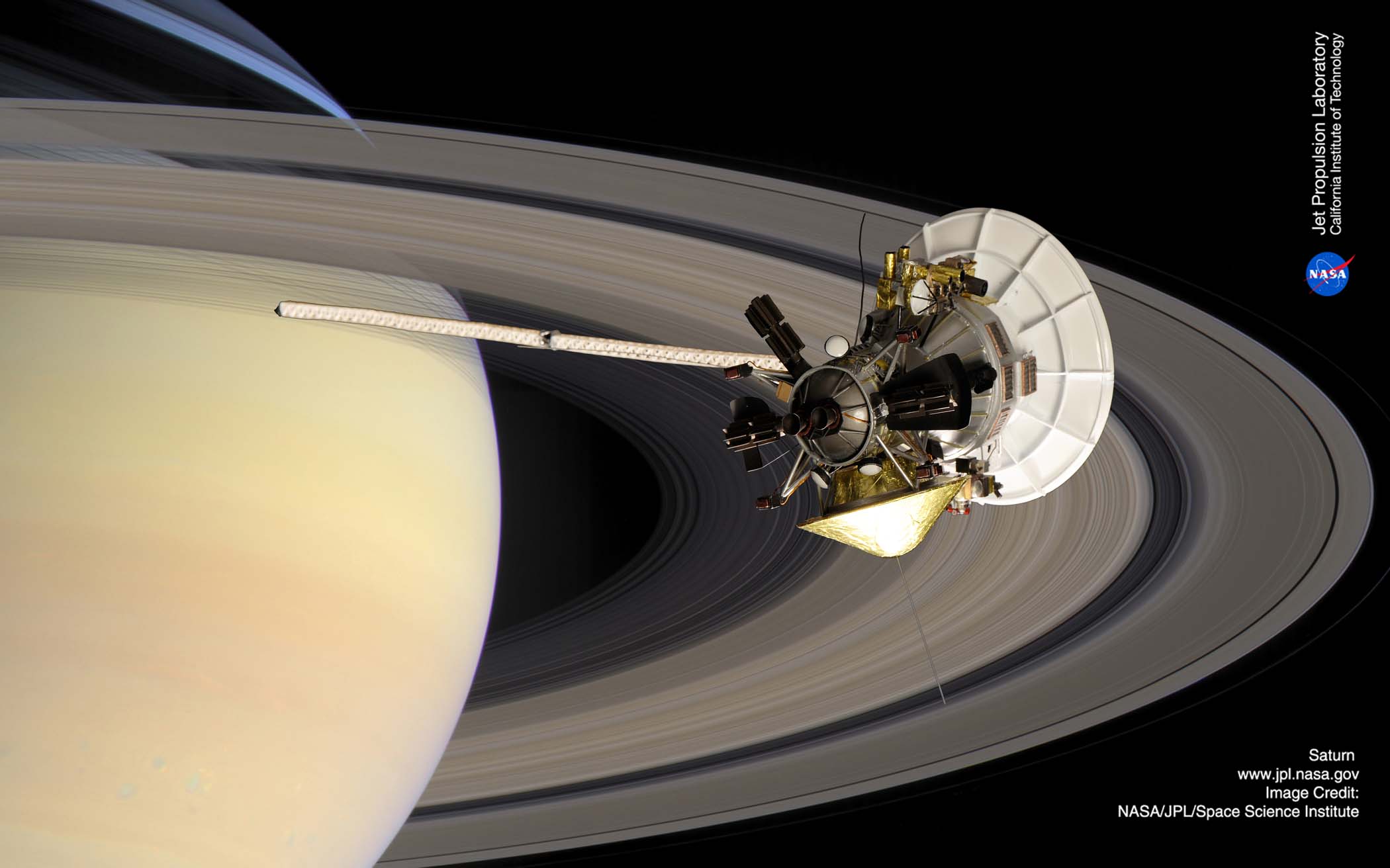 Cassini-Huygens was a joint mission by NASA, ESA and ASI to study Saturn, its rings and moons. It was launched on 15th October 1997 onboard a Titan 1VB Centaur Rocket and, after a journey of 6 years and 9 months, it entered into orbit around Saturn on July 1st 2004. The attached Huygens probe was released from Cassini on Christmas Day 2004 and landed on Titan two weeks later.

The mission has had two extensions since then, in 2008 and 2010, meaning the spacecraft will stay in service around Saturn until 2017.

At 22 feet high and 13 feet wide, the spacecraft is the largest and the most complex built to date, featuring over 1,630 interconnected  electronic components, 22,000 wire connections and over 8 miles of cablings – at launch it weighed in at 5,600 kilograms (12,000lbs).

In June 1999, Cassini’s velocity was recorded at 44.0 kilometres per second (98,346 mph). Radio signals to Cassini take anywhere between 68 to 84 minutes to travel from the Earth.

The model has been composited here by Paul Kemp, with a NASA/JPL Cassini image of Saturn. 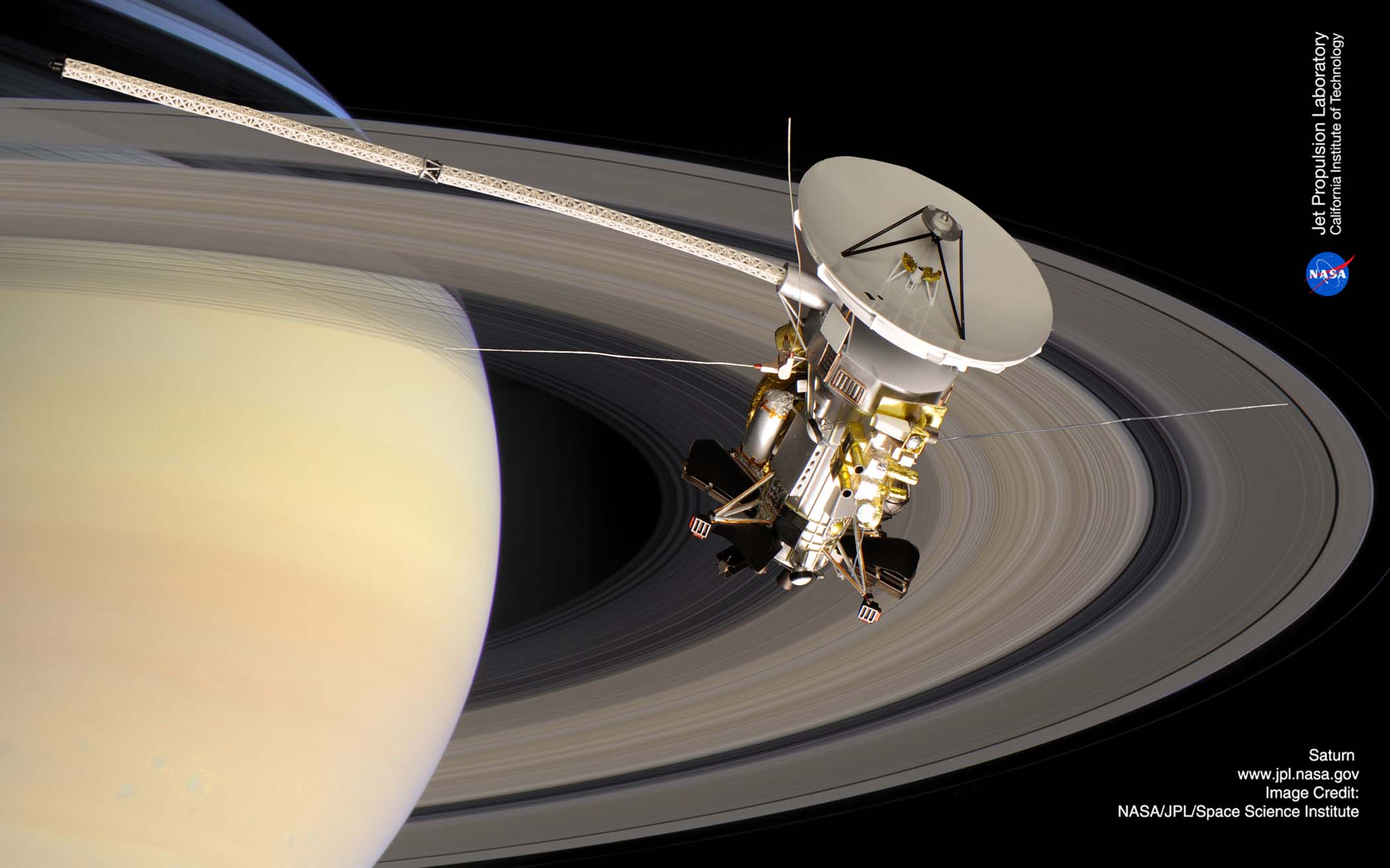 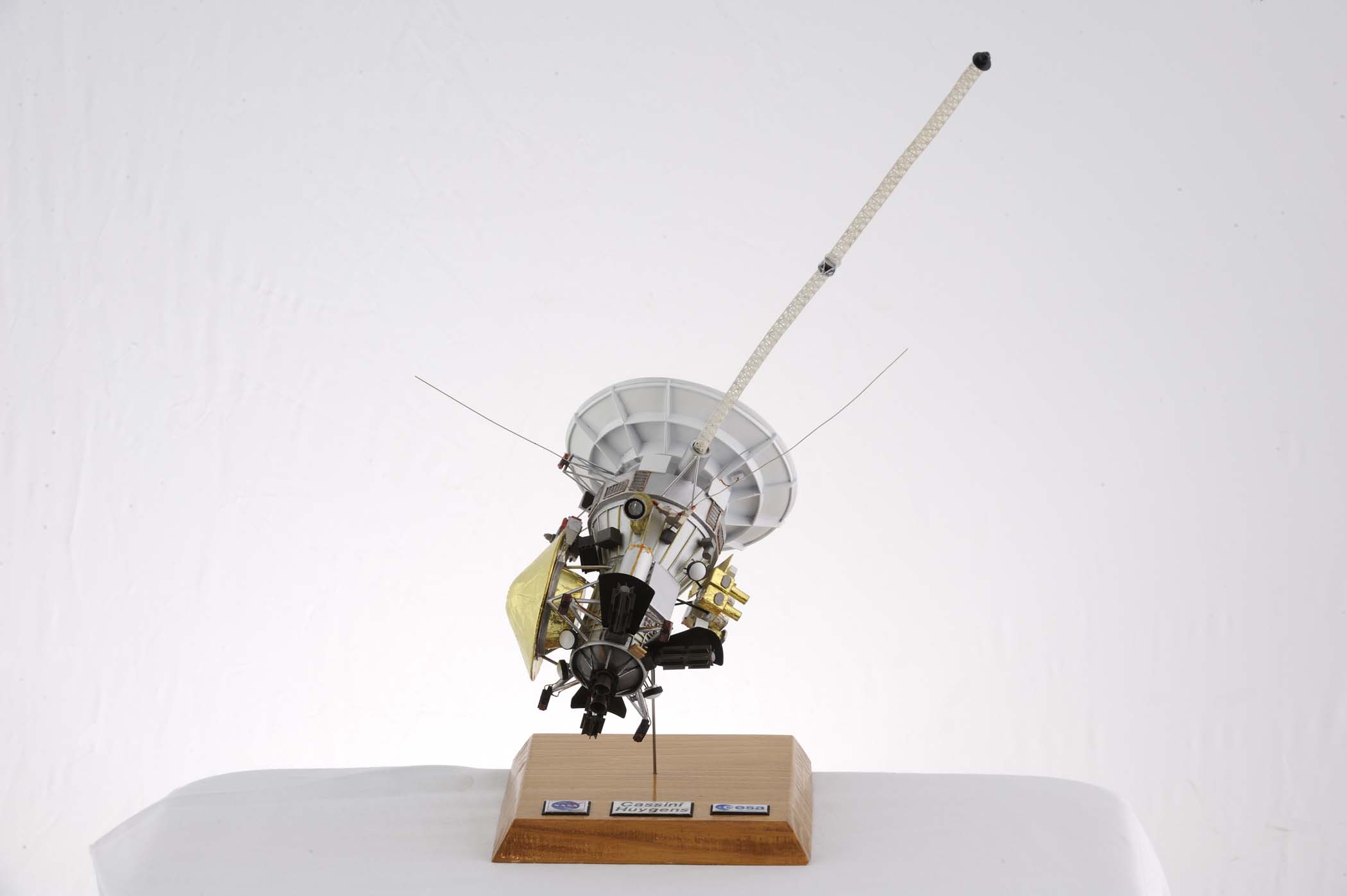 This is the second spacecraft model built by NEAS member Terry Regan. Again, it has been scratch built from plastic card, rods and struts – materials that model railway modellers use.

The plans were, like Galileo, taken from those designed for paper models, meaning features like fuel cells would be two round discs slotted together at 90 degrees. The antenna dish was formed from thick plastic card, softened by a heat gun and pulled down over a bottom of a truck oil filter to give the correct dish shape, then trimmed up and detailed.

To make the main body of the space craft plastic card was rolled up, and ribs were added using small strips cut and shaped to fit the body. Various pieces went into making the cameras, gyros and rocket engines. The magnetometer boom was made from 0.6 mm plastic rod and over 700 pieces went into this section alone. The model was then painted and a base was made to display the  model. In total, it took about 9 months to build.

In comparison to the actual spacecraft, this model is 170mm long, 90mm wide, with the magnetometer boom 300mm long and the dish 120mm in diameter. 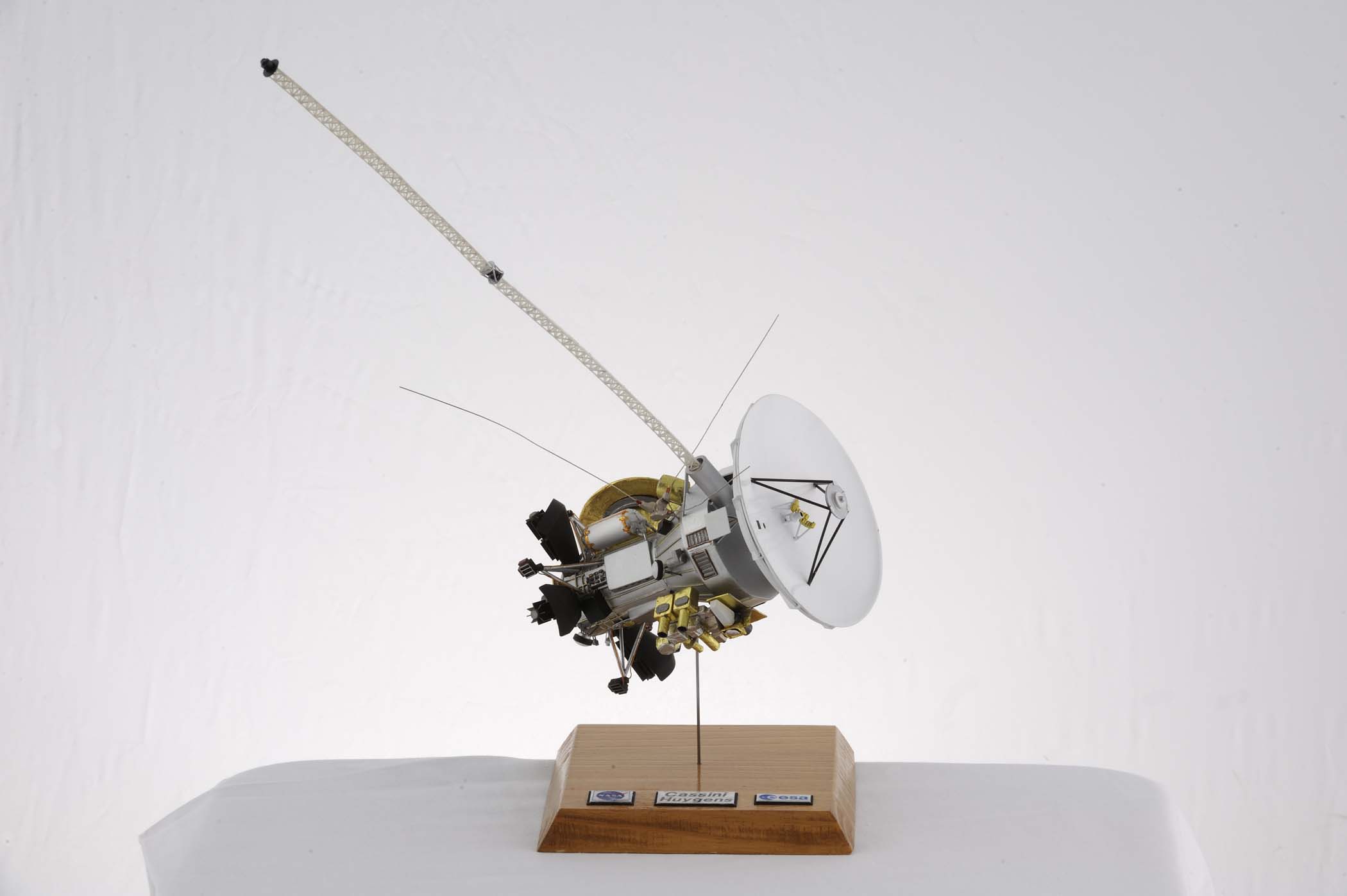